President Donald Trump reportedly asked people around him if they thought the election was stolen. | Erin Schaff – Pool/Getty Images

HAPPY SUNDAY. TOP TALKER … WAPO’S PHIL RUCKER, ASHLEY PARKER, JOSH DAWSEY and AMY GARDNER: “20 days of fantasy and failure: Inside Trump’s quest to overturn the election”: “The facts were indisputable: President Trump had lost. But Trump refused to see it that way. Sequestered in the White House and brooding out of public view after his election defeat, rageful and at times delirious in a torrent of private conversations, Trump was, in the telling of one close adviser, like ‘Mad King George, muttering, “I won. I won. I won.”’ …

“Trump campaign pollster John McLaughlin … discussed with Trump a poll he had conducted after the election that showed Trump with a positive approval rating, a plurality of the country who thought the media had been ‘unfair and biased against him’ and a majority of voters who believed their lives were better than four years earlier, according to two people familiar with the conversation, who spoke on the condition of anonymity to discuss private conversations. As expected, Trump lapped it up. …

“Though Trump ultimately failed in his quest to steal the election, his weeks-long jeremiad succeeded in undermining faith in elections and the legitimacy of Biden’s victory. … Aides said the president was especially disappointed in Powell when Tucker Carlson, host of Fox News’s most-watched program, assailed her credibility on the air after she declined to provide any evidence to support her fraud claims. …

“Trump went on to falsely claim that he ‘won,’ that the election was ‘a total scam’ and that his legal challenges would continue ‘full speed ahead.’ He spent part of Thanksgiving calling advisers to ask if they believed he really had lost the election, according to a person familiar with the calls. ‘Do you think it was stolen?’ the person said Trump asked on the holiday.” WaPo front

PREP FOR BLINKEN CONFIRMATION HEARINGS … NYT, A1: “Biden Aides’ Ties to Consulting and Investment Firms Pose Ethics Test,” by Eric Lipton and Ken Vogel: “One firm helps companies navigate global risks and the political and procedural ins and outs of Washington. The other is an investment fund with a particular interest in military contractors.

“But the consulting firm, WestExec Advisors, and the investment fund, Pine Island Capital Partners, call themselves strategic partners and have featured an overlapping roster of politically connected officials — including some of the most prominent names on President-elect Joseph R. Biden Jr.’s team and others under consideration for high-ranking posts.

“Now the Biden team’s links to these entities are presenting the incoming administration with its first test of transparency and ethics. The two firms are examples of how former officials leverage their expertise, connections and access on behalf of corporations and other interests, without in some cases disclosing details about their work, including the names of the clients or what they are paid.

“WestExec’s founders include Antony J. Blinken, Mr. Biden’s choice to be his secretary of state, and Michèle A. Flournoy, one of the leading candidates to be his defense secretary. Among others to come out of WestExec are Avril Haines, Mr. Biden’s pick to be director of national intelligence; Christina Killingsworth, who is helping the president-elect organize his White House budget office; Ely Ratner, who is helping organize the Biden transition at the Pentagon; and Jennifer Psaki, an adviser on Mr. Biden’s transition team. …

“At the same time, Mr. Blinken and Ms. Flournoy have served as advisers to Pine Island Capital, which this month raised $218 million for a new fund to finance investments in military and aerospace companies, among other targets.”

— SEN. @JohnCornyn (R-Texas) tweeted a snippet from the NYT story, and commented: “‘Mr. Biden’s transition office stopped short of saying that all clients would be disclosed — and ethics rules allow incoming federal officials to withhold the identities of clients if the arrangements are subject to confidentiality agreements.’ … Maybe, maybe not. But the Senate is not obligated to confirm anyone who hides this information.”

— @AmbDennisRoss: “One can debate the logic of killing of Mohsen Fakhrizadeh. But to argue it was done to frustrate the incoming Biden Administration ignores reality. Such an operation takes extensive planning, having operatives on the ground, actionable intelligence. It can’t be spur of the moment.”

— AUSTAN GOOLSBEE to MANU RAJU on CNN’S “INSIDE POLITICS”: “If (Hill Democrats) have to accept half a loaf, then they should take half a loaf, and then let’s try to get another half of a loaf. But right now is really touch and go, and I wish both sides could see that.”

FAUCI: “You know, I don’t know, I mean it certainly is possible, Chuck, I mean, but I don’t think I have any power in that regard, I mean so what I’m doing is the best that I can do, you know, and thank you for giving me the opportunity to speak to the nation on a national program to talk about the importance of those kinds of things that can have an impact.”

— FAUCI to MARTHA RADDATZ on ABC’S “THIS WEEK”: “You know, we say it not being facetiously as a sound bite or anything, but, you know, close the bars and keep the schools open is what we really say.”

— SURGEON GENERAL JEROME ADAMS to BRET BAIER on “FOX NEWS SUNDAY”: “There are many different things that we could have done differently. This virus has been challenging. I wish that again this hadn’t been superimposed on top of an election. I wish that we had been able to come together as a nation and really talk about the science instead of the politics, and that’s on all sides, that’s all around.”

— DANA BASH spoke to SEN. ROY BLUNT (R-Mo.) on CNN’S “STATE OF THE UNION”: “A growing number of your Senate Republican colleagues are now acknowledging that Joe Biden won the election. Do you accept the fact that Joe Biden is the president-elect of the United States?” BLUNT: “Well, we are certainly moving forward as if that what is going to happen on January the 20th. … We are working with the Biden administration, likely administration, on both the transition and the inauguration as if we are moving forward.”

Sign up for our must-read newsletter on what’s driving the afternoon in Washington.

WSJ: “Medicaid Enrollment Surge During Pandemic Leaves States Looking for Cost Cuts,” by Stephanie Armour: “State leaders are weighing possible cuts to Medicaid services and health-care benefits to offset rising costs due to a surge of enrollees who have lost jobs and need health coverage as the coronavirus pandemic has intensified.

“Congress boosted federal matching funds to states for Medicaid as part of its first coronavirus relief package, but many states are still struggling to afford the increasing pace of sign-ups in the program for low income and disabled people. Enrollment for the fiscal year ending Sept. 30, 2021, is expected to jump 8.2%, with state spending accelerating by 8.4%, compared with 6.3% growth in the previous fiscal year, based on data from 42 state Medicaid directors compiled by the Kaiser Family Foundation.

“Medicaid has grown to become one of the largest portions of state budgets, from about 21% in fiscal 2008 to about 30% in fiscal 2018, according to the National Association of State Budget Officers. State leaders working on budgets that must be finalized in July are confronting budget crises. Tax revenues have tumbled since March because of restrictions on businesses, social distancing and high unemployment related to the pandemic, economists have found. Most states have constitutional or statutory requirements that they maintain balanced budgets.”

ANOTHER ‘L’ FOR TEAM TRUMP … PHILADELPHIA INQUIRER: “Pennsylvania Supreme Court tosses GOP congressman’s suit seeking to throw out all ballots cast by mail,” by Jeremy Roebuck: “The last active legal challenge to Pennsylvania’s presidential election results was tossed Saturday by the state’s highest court, which balked at a request from one of President Donald Trump’s top boosters in Congress to disenfranchise some 2.6 million voters by throwing out every ballot cast by mail.

“In a unanimous decision, the justices declared that Rep. Mike Kelly (R., Butler) had waited too long to bring his lawsuit seeking to overturn the 2019 law that created no-excuse mail voting in the state for the first time, and they declared the remedy he sought too extreme.” 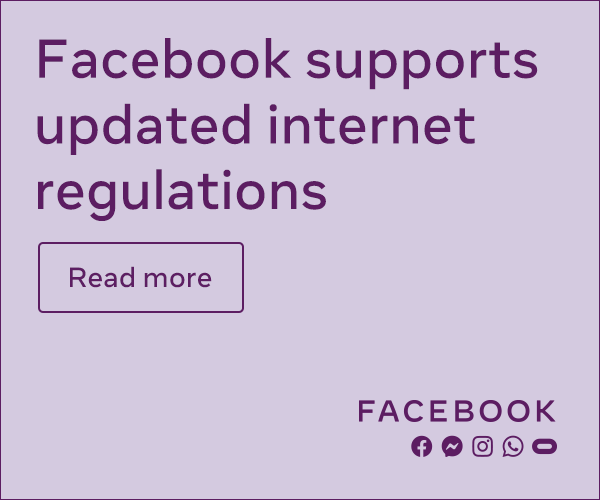 “Georgia’s election officials could take a few days, or even up to two weeks, to declare winners in the state’s two U.S. Senate races, given how close the presidential contest and the two initial Senate ballots were. That means Senate Majority Leader Mitch McConnell (R-Ky.) and Minority Leader Charles E. Schumer (D-N.Y.) will be in a bit of a standoff until there is clarity about which side will hold the majority.”

PRESIDENT DONALD TRUMP will leave Camp David at 11:30 a.m. for the White House. He’ll arrive at 12:05 p.m. VP MIKE PENCE has nothing on his schedule. President-elect JOE BIDEN and VP-elect KAMALA HARRIS have no events scheduled.

NATALIE FERTIG: “Americans are voting to legalize weed. It’s unlikely the next Congress will do the same.”: “On Election Day, two staunchly conservative states legalized recreational marijuana. A third of Americans now live in a state where weed is legal for adult use. Fresh Gallup polling says 68 percent of the country favors having legal access to marijuana.

“But the Senate operates under a different reality. Many of the Senate’s older, conservative members are still resistant to any path to legalization for marijuana. Senate Majority Leader Mitch McConnell has mocked the House for action on cannabis and was unmoved even by Republican marijuana champion Sen. Cory Gardner of Colorado, a member of the chamber’s leadership, who won’t be around next year. Red states including Oklahoma, South Dakota and Mississippi have now legalized some form of pot — but for the foreseeable future, millions of Americans will be consuming a product the federal government still categorizes as a highly dangerous illegal drug with no medical value.”

We joined tech partners in Data Transfer Project to build a framework that enables people move their data securely and easily between platforms.

But there’s more to do. We support updated regulations to ensure data is safe, portable and used responsibly.

AP/TEHRAN: “Iran newspaper: Strike Haifa if Israel killed scientist”: “An opinion piece published by a hard-line Iranian newspaper on Sunday suggested Iran should attack the Israeli port city of Haifa if Israel carried out the killing of the scientist who founded the Islamic Republic’s military nuclear program in the early 2000s. Though the hard-line Kayhan newspaper has long argued for aggressive retaliation for operations targeting Iran, Sunday’s opinion piece went further, suggesting any assault be carried out in a way that destroys facilities and ‘also causes heavy human casualties.’”

BIRTHDAY OF THE DAY: Emily Lenzner, EVP for global comms and public affairs at the Motion Picture Association, is 5-0. What she’s reading: “‘False Labor: Giving up on Motherhood’ by Lena Dunham in next month’s Harper’s. It’s a refreshingly honest and transparent tale of the writer and filmmaker’s battle with fertility. I think the more honest and open we are in sharing our commonly experienced but usually hidden challenges, the better for society.” Playbook Q&A

Energy Up: Biden weighs in on Chauvin responsible verdict: ‘We will not cease right here’

Officer, deputy concerned in capturing on I-270 recognized

Mexico stops accepting households turned away from the US/Mexico border as...

Dickinson Wright Ranked within the 2021 Version of the WTR 1000