Mark W. Stahl is the current TMACOG Chairman and Commissioner for Ottawa County, where he was first elected in 2009. He currently serves as President of the Board of Ottawa County Commissioners and is also an Allen Township Trustee.

Commissioner Stahl has completed programs in local government and public administration. He serves on various boards in northwest Ohio. In addition, Stahl currently serves on the following committees of the County Commissioner & # 39; s Association of Ohio: the Tax and Finance Committee, the Employment, Economic Development and Infrastructure, and Justice and Public Safety Committee.

Stahl has served his ward in the Allen Clay Joint Fire District for 23 years and is currently the battalion commander. He is a graduate of the University of Toledo, College of Business Administration, with a dual major in accounting and finance. 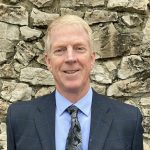 Gary Quisno is a lifelong resident of Ottawa County, a graduate of Port Clinton High School and a BS in mathematics from Miami University. During his visit to Miami, he went for a walk with the soccer team and received a full athletic scholarship that he wrote on three teams in the Mid-American Conference and the Tangerine Bowl Championship.

Quisno holds a Masters Degree in Educational Administration from the University of Toledo. His educational experience spans more than 40 years in the Danbury, Oak Harbor and Perkins school districts as a math teacher, sports director, school administrator and Hall of Fame football coach. 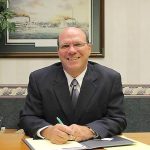 While operating Coppeler Heating and Electric, Mark was elected to Port Clinton City Council and chaired its finance and infrastructure committees. In 2016 he was elected to the Ottawa County Board of Commissioners for his first term. As commissioner, he has led numerous community initiatives, including facilitating the Portage River Water Trail, which will be available shortly. 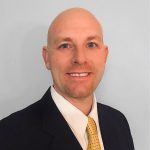 My family has called Ottawa County home for generations. I grew up in Oak Harbor, where my parents taught me family values, hard work, and the importance of higher education. After graduating from Oak Harbor High School, I graduated from Bowling Green State University with a Bachelor of Science degree in criminal justice with honors. During this first summer break from BGSU, I took a job with Gordon Lumber. Opportunity and advancement made this summer job a career that spanned sales, marketing, management, budgeting, and purchasing. I intend to use my business and management skills to support local businesses and communities, analyze the structure of current programs, and develop new programs that will benefit the citizens of Ottawa County.

My name is John A. Brikmanis and I am running for clerk.

I've lived in Ottawa County for more than 30 years and moved here for the same reason most of you have – the natural beauty of this Great Lakes region.

My goal would be to move the Ottawa County's title office to a satellite office next to the BMV. That would be much more convenient for everyone if titles were available in one place and license plates were right next door. This would allow more flexible working hours. 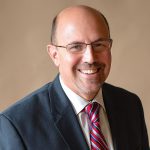 John Klaehn is a seasoned attorney and business owner. Klaehn has lived in Ottawa County for 45 years and lives in Danbury Township with his sons John Jr. and Alex. Klaehn ran and managed the family business Mutach & # 39; s Market in Marblehead for 10 years.

For the past 13 years he has worked in private legal practice, specializing in criminal defense, estate planning, and estate and real estate law. Klaehn earned his bachelor's degree from Capital University and his law degree from Ohio Northern College of Law. 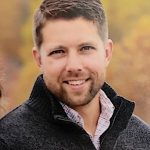 Ron P. Lajti Jr. was born in 1977 and grew up on his family farm in Graytown. Lajti has been married since 2001 and has two 15-year-old sons. As a small business owner / operator, he also works with his family. Lajti has held a variety of jobs, from carpentry to being appointed an Ottawa County Engineer in 2014.

Lajti left the Democratic Party in 2019 to run for Independent based on a personal belief that partisan politics should have no place in the construction and maintenance of infrastructures. His goal is to continue to use respect, logic, hard work, and ingenuity to continue to meet the needs of those who depend on the county engineer’s oversight departments every day. 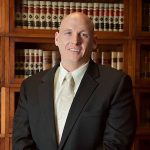 James VanEerten is a native of northwest Ohio and currently serves as a prosecutor in Ottawa County. VanEerten previously operated a private law firm, a title insurance business, and was the court administrator for Judge Bruce Winters in the Ottawa County Common Pleas from 2010-2016. In 2016, VanEerten was elected Ottawa County District Attorney. VanEerten lives in Danbury Township with his wife Stacey and daughter Laine.

Gillman is a graduate of Ottawa County Leadership and is a community citizen. She plans to continue to keep and protect records while she works to further modernize and update the recorder's office. 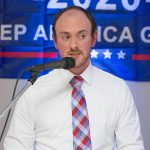 Nathan Daniels is a lifelong Ottawa County resident and practicing attorney. A graduate of Genoa Area High School, he attended the University of Toledo, where he received a Bachelor of Political Science and a J.D. graduated from the College of Law.

Daniels currently serves as Special Counsel at the Oregon Municipal Court, where he represents clients in need. He also works at the Luther Home of Mercy in Williston, Ohio. One of Daniels' proudest accomplishments is becoming an Eagle Scout. 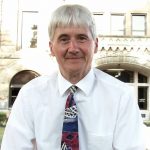 A graduate of Port Clinton High School, Hatmaker graduated from Bowling Green State University with a bachelor's degree in business administration with a major in accounting. He served as treasurer of the local school district for the Genoa area and treasurer of the city of Port Clinton. Overall, Hatmaker has a 25-year career as a successful finance manager in the government sector. 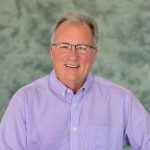 Scott Hines is a lawyer who served 38 years in the public service. He was the regional director for the compensation hearing for Northwest Ohio, where he led 10 attorneys and 30 employees. During his tenure, he directed, administered and has been responsible for hundreds of thousands of litigation.

Hines is certified as an arbitrator in complex financial disputes between brokers and their clients where financial transactions are the subject of legal disputes. Since 1999 he has been leading arbitration proceedings for NASD / FINRA.

Hines and his wife Adrienne live in Catawba with their twins Avery and Zoe.

Fritz Hany is an experienced lawyer, teacher and former judge.

Hany was previously a judge in the Ottawa County Municipal Court, where he won four elections for the position. As a judge, he served on numerous state-wide boards and commissions to promote solid law in the state of Ohio.

Hany also served as a faculty member at Ohio Judicial College, where judges instruct other judges. Before working as a judge, he was a partner in the law firms of Rosentreter, Robertson and Hany.

In the probate and juvenile court, we work on sensitive and confidential matters under the guise of true anonymity. I have been a tireless attorney on this court for over 30 years, determined to keep improving the lives of our children and families.

Our dishes are not interchangeable. Consequently, there is currently no substitute for having the right experience in probate and juvenile justice.

Maintain continuity and confidence with a seamless transition to Dawn Haar for your next probate and juvenile judge. "The time is always right to do what is right." Martin Luther King Jr.

Alexis Miller is running for state representative in the 89th District of Ohio, which also includes Ottawa and Erie counties. She was born and raised in Sandusky, where she lives with her husband Rob and two dogs. She is a graduate of Perkins High School and Ohio State University with a master's degree in public administration.

While undergraduate and graduate school, Miller worked in government agencies and nonprofits, where she gained years of experience in policy making and state budgeting. Miller is running for state executive to fight for living wages, access to affordable health care, and dignity in retirement.

D.J. Swearingen is a management consultant and state representative for the 89th house district. Swearingen has been our country representative since 2019 and currently works as a lawyer at the law firm Wickens, Herzer, Panza, where he advises business owners on transactions, daily operations and future initiatives. 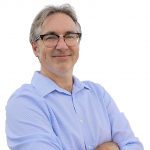 Joel O’Dorisio is a proud father, professor and workers leader. He grew up in Columbus and attended public schools his entire life. After graduating from Ohio State University, he roamed the country, developed his craft as a glassblower, and started a small business.

O’Dorisio returned to Ohio 14 years ago after receiving an apprenticeship at Bowling Green State University. O’Dorisio helped form the trade union at the BGSU in 2010 and offered the faculties and staff stability and security. Today he is running for the Senate to strengthen public education, improve the lives of working people and end government corruption. 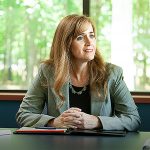 Theresa Gavarone and her husband Jim are proud to have had Nordohio home for over 30 years. They have three children and are members of St. Aloysius Catholic Church at Bowling Green. Gavarone is an attorney and co-owner of Bowling Green & # 39; s Mr. Spots with her husband.

As a Senator for the 2nd Senate District, Gavarone is building on the successes of her time as a state representative. She continues to lead the fight for smaller, more transparent government, a stronger economy, and a better future for families, citizens, and small businesses in northern Ohio.

Telehealth drugs changing into the norm, must be legislation